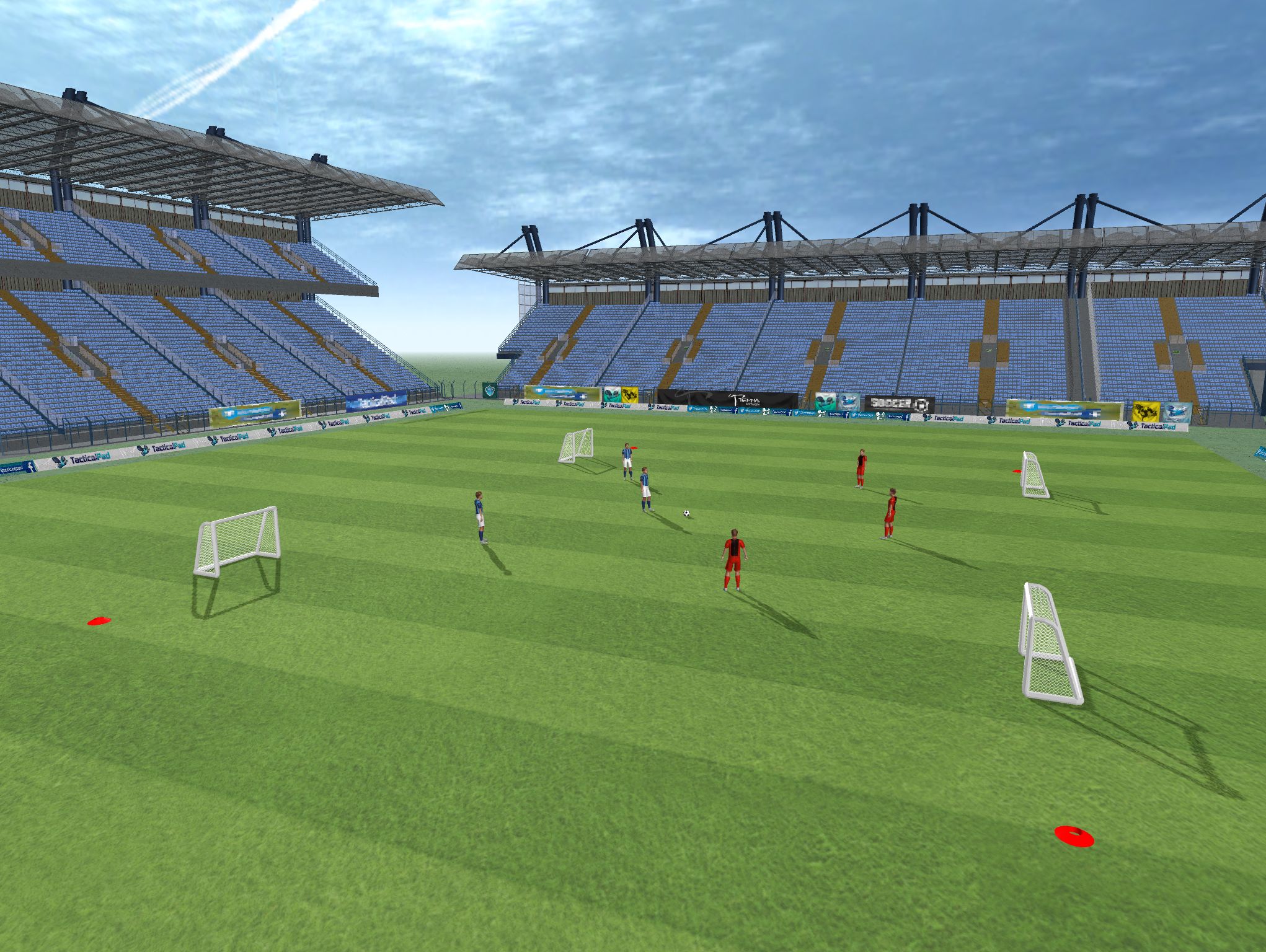 Funiño is the most exciting game in the world and the only one designed to unlock creativity and game intelligence. This brilliant game is played with 4 goals on a 25 by 20 yard pitch and was developed by a former German and Spanish Olympic Hockey Team Coach. This concept has been used for over 20 years by the Royal Spanish Football Federation, the Mexican Football Federation who call it, "Futbol a la medida del niño", and professional clubs in the German Bundesliga. 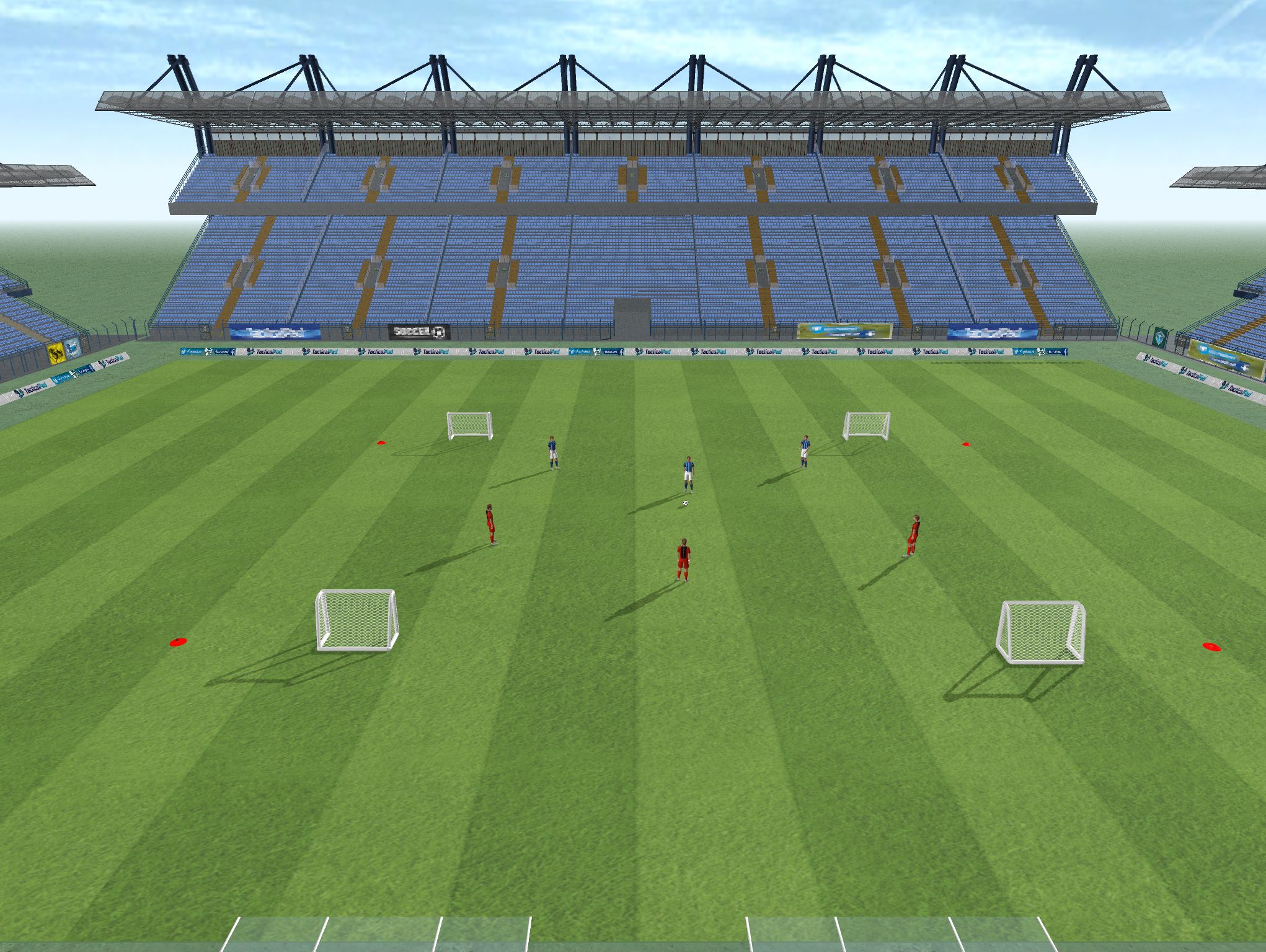 In Funiño, young players enjoy more touches on the ball and are encouraged by the two wide goals on each end to use the wings in attack and open up the play.   Playing with 2 goals stimulates greater reading and understanding of the game, including peripheral vision, perception and decision making skills before executing any actions. The game generates the same scenarios again and again and allows young players to learn quickly and effectively. All 3 players play a critical role in this game and are involved mentally and physically throughout the entire game. Nobody can hide! 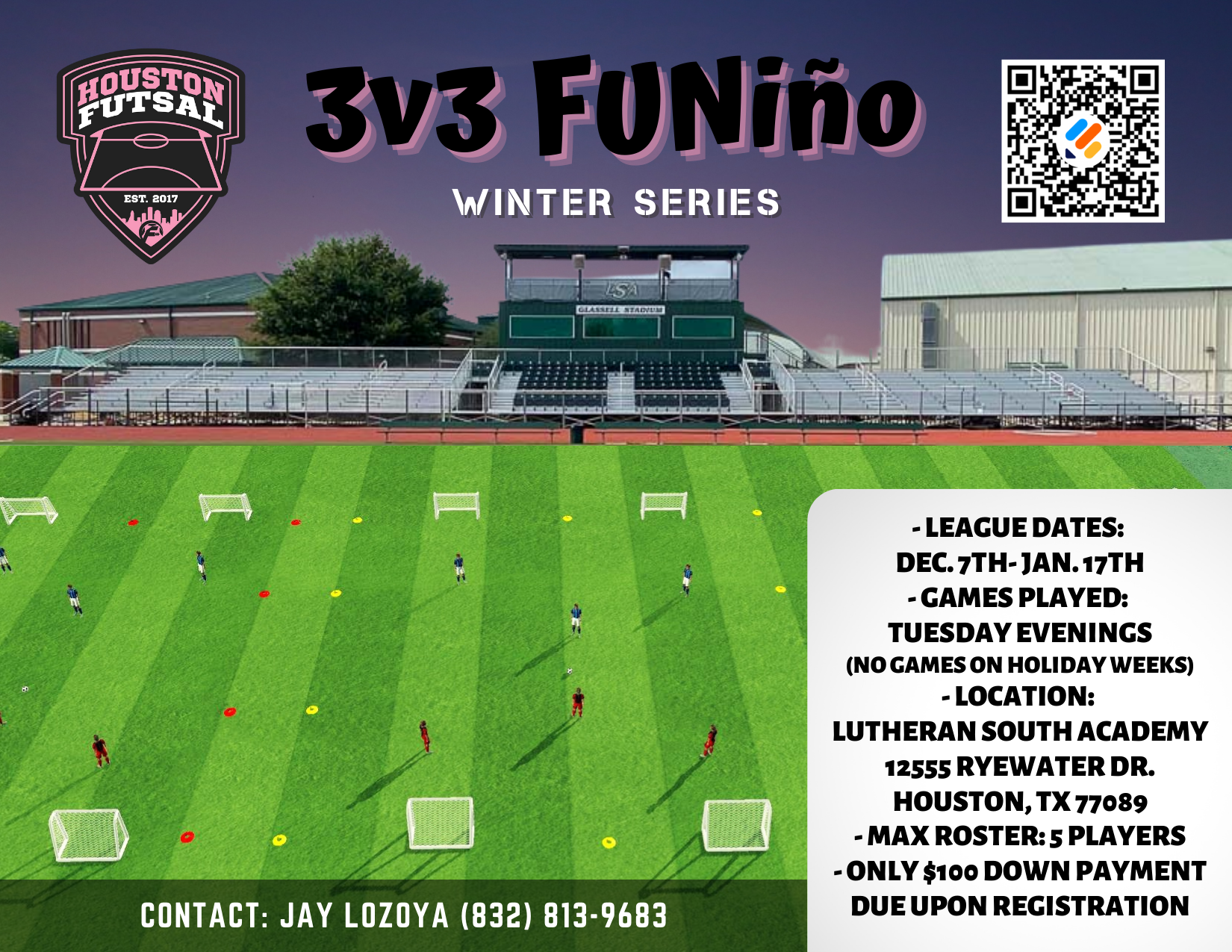 Funiño Is Coming This Winter

We are thrilled to bring this development game to your team this Winter! Location:  Lutheran South Academy 12555 Ryewater Dr. Houston, TX 77089 Dates:  Dec. 7th and 14th Jan. 4th, 11th, and 17th (Game times: Between 6-9PM) Read up on the league and sign your team up below!
Learn More / Register

Use this space to let people know why they would want to hear from you. Tell them about a special offer, a limited time promotion, or the important updates they'll receive after they sign up.